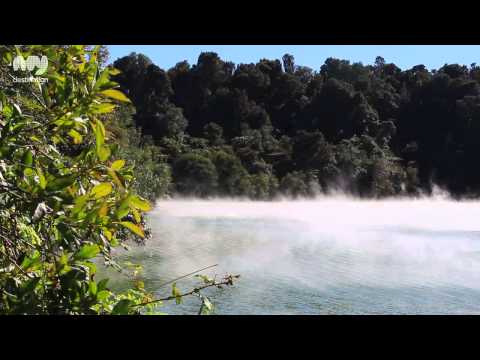 For impressive 360 panoramic views, head up to the Rainbow Mountain Summit.

Rainbow Mountain Scenic Reserve is a geothermal landscape containing rare plant species and a striking coloured terrain. Heading to, or from Taupo, the reserve is 26 kilometres to the south-east of Rotorua and just off State Highway 5.

From its volcanic origins, Rainbow Mountain (Maungakakaramea) has a smouldering landscape with brown, orange and red soils, and native vegetation that is regenerating.

The reserve features a couple of walking tracks to explore the terrain. The Rainbow Mountain Crater Lake Trail is one kilometre long and will take approximately 30 minutes return. The longer Rainbow Mountain Summit Track is 2.5 kilometres and will take 1 hour 15 minutes one way. The reward at the summit is a 360 panoramic view which takes in the volcanic peaks of Tongariro National Park and Lake Taupo to the south, Mount Tarawera and the lakes of Tarawera, Rerewhakaaitu and Rotomahana to the north. To the west, the Paeroa Range can be seen while to the east, Kaimanawa Forest and the Urewera Ranges are in view.

The Rainbow Mountain Summit Track forms part of an impressive mountain bike loop. Cyclists can begin on the grade 2 'Te Ara Ahi' trail from Kerosene Creek or, from the carpark on State Highway 5. It's then a climb up the summit track before descending on Te Ranga, a grade 4 mountain bike only track.

As you approach from Rotorua, the reserve can be accessed via the carpark that's found on the left-hand side of the road, just past the turnoff for SH 38 (the Murupara/ Waikaremoana highway).

Please note that dogs, horses, bikes need to keep to the marked tracks as the geothermal landscape is fragile and potentially dangerous.

The intersection of SH5 and SH38 , Rotorua Central 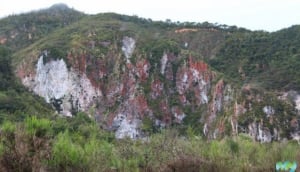 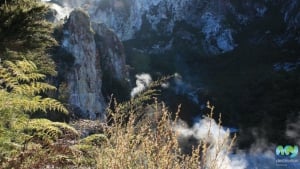 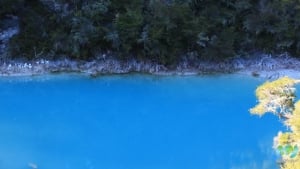 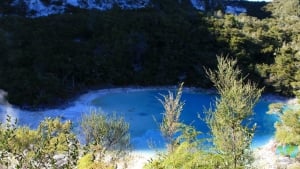 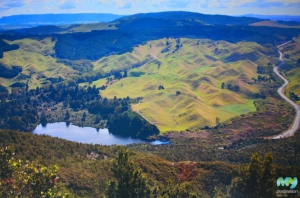 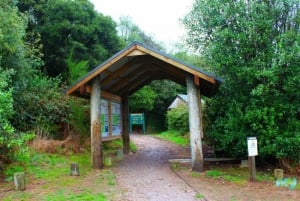 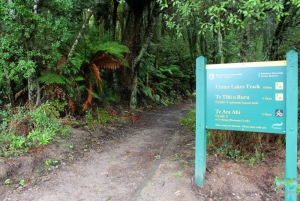 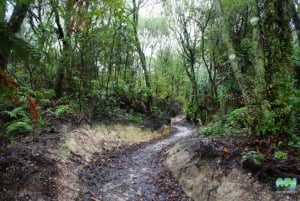 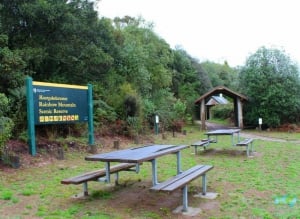 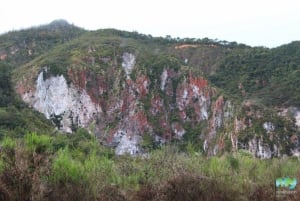