Nestled between the soft hills and verdant knolls of the Rotorua region, where the bubbling volcanic pools and spitting mud pits of the Taupo Zone cascade down towards the Pacific Ocean in the north, Lake Rotorua spreads out to encompass almost 80 square kilometers.

Lake Rotorua waters sparkle and shine with hues of moss green and turquoise blue under the North Island sun. Boats bob on its surface; families picnic on the banks. Nearby, the geothermal wonders of the Waikite Valley bubble and steam, while the volcanic rises of Mount Tarawera frame the whole scene with panoramic mountain silhouettes.

Thanks to its proximity to Rotorua town centre and sitting less than three hours' drive from Auckland, Lake Rotorua has become one of North Island's top recreational spots. Folk come to get the heart-thumping with high-octane watersports. They come to wander the pretty waterside promenades. They come for the gorgeous nearby nature reserves or the soothing hot springs. They come for fun, relaxation, and a perhaps just a glimpse of the mystical legends of the Te Arawa Maori peoples who've lived here for centuries.

Where Lake Rotorua all began

Believe it or not, Lake Rotorua actually sits in the caldera of an ancient volcano. Like so many parts of the beautiful North Island Lake District, the serene and picturesque surroundings of sculpted ridges and swaying clusters of beech trees was once a metamorphic land of spewing lava and roaring sulphur cones.

Don't worry though. The last eruption of Rotorua's volcano is thought to have been more than a quarter of a million years ago. That was when the great magma chamber below was smothered, giving the shallow basin which now hosts the mineral-packed waters of the lake.

You don't have to go far to trace the fascinating volcanology and geological history of Lake Rotorua today. Just look a little to the east, where the colossal summits of Mount Tarawera hulk above the horizon. The lava domes that have been responsible for some of the most dramatic eruptions in Kiwi history. 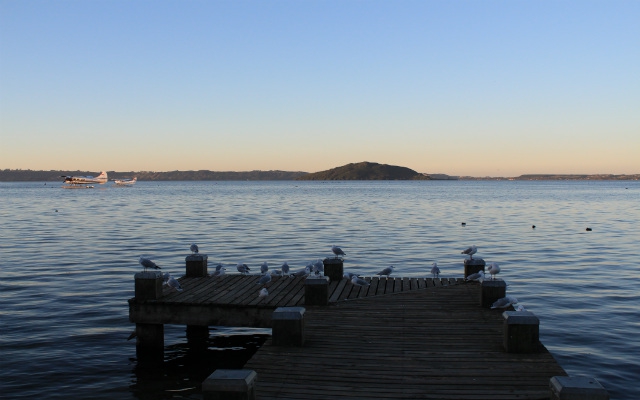 The transforming landscapes of Lake Rotorua

Such a long and metamorphic past has imbued Lake Rotorua with a landscape that's forever changing and transforming. The environments that surround the water here range from country hillocks clad in green grass and glades of trees, to bubbling travertine steps of sulphur-scarred minerals.

One of the best places to see the unique volcanic influence at work is appropriately-named Sulphur Bay. This small corner on the southern side of Lake Rotorua can be seen steaming and bubbling from across the waters. A patchwork of carved mineral ledges and broiling salt flats, it's a showcase of the forever-changing, forever-forming character of this North Island wonder.

Visitors will also see the outline of Mokoia Island rising in clusters of petrified magma from the middle of Lake Rotorua. This fabled speck of land was created by lava spurts 250,000 years ago. Today, its shores are still peppered with gushing hot springs and steaming pools of geothermal water. It's now a protected bird reserve, trodden by rare kiwis and saddlebacks, and open only to tour groups. And it's also where you'll get to unravel the enchanting legends of the Maori peoples, as tales of the fabled Hinemoa and Tutanekai abound. 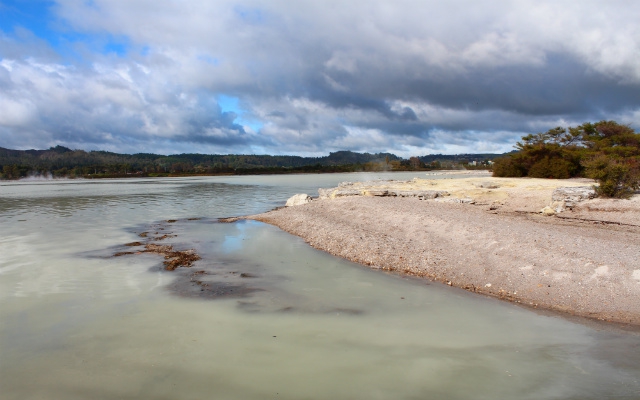 Lake Rotorua is features some top activities for the whole family. Whether you come to get the blood pumping with a high-speed water ski or just want to unwind by delving into the pretty parklands, you can rest assured there's something on the menu.

For the adrenaline junkies, there's certainly no better activity than the Kawarau Jet. You'll hit the water at a whopping 80 kilometers per hour, streaming through the low swells as you flit between some of the lake's most amazing attractions. Tours leave daily from the jetties on the edge of Rotorua City, and include fully-guided stops at the legendary Mokoia Island (think Maori myths) and Kawaha Point (think green, green banks and beautiful views over Rotorua itself). 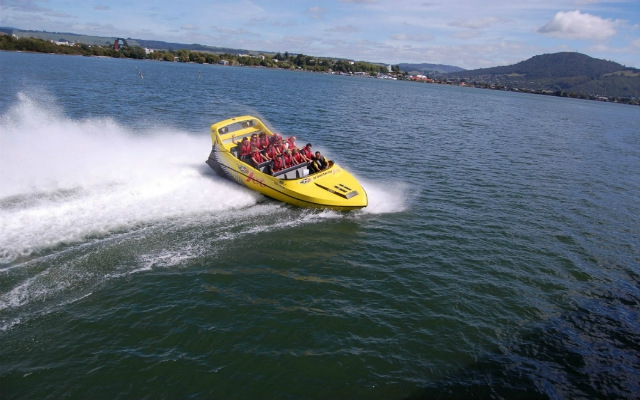 And talking of views. If you really want to make the most of the eye-watering panoramas atop Lake Rotorua, then the folk at the Kawarua Jet also offer parasailing packages. These get travelers into the clear skies with help from a parachute and a duo of powerful V8 engines. You'll be towed along at high speed as you take in the sweeping Bay of Plenty vistas.

Something a little less excitable awaits on the regal Lakeland Queen. This classic Mississippi-style cruiser criss-crosses the waters of the lake every day, weaving between the sulphuric bays and the pretty mounds of Mokoia. Typical trips last one hour, and range from early breakfast cruises for those who want to see the morning glow over the waters, to twilight trips, when North Island wines and frothy Kiwi beers are enjoyed to the sunset.

Come and explore this bubbling, sulphur-scented jewel of the North Island Lakes District. Get your tickets on the refined Lakeland Queen, or hit the volcanic waters at speed with a jaunt on the Kawarau Jet. It's sure to be a bucket-list topper. 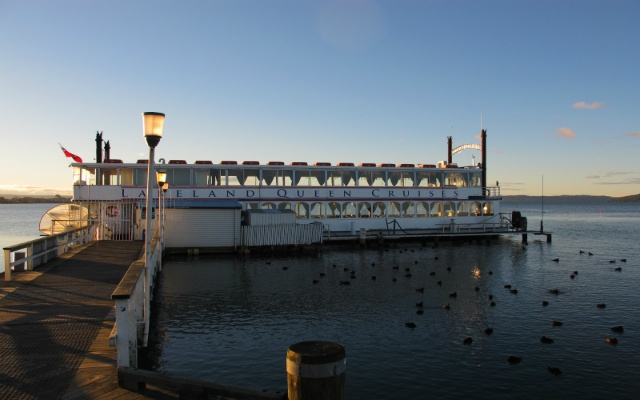