Not until 50 years after the first skiers were seen on the South Island were the slopes of the New Zealand's North Island explored.  These snowfields discovered, however, were to become one of the most famous skiing areas in all of New Zealand.

250 kilometers south of Rotorua, past Lake Taupo, lies the Tongariro National Park - one of the world's original UNESCO World Heritage Sites. This spot is home to the captivating Tongariro Crossing; a grueling 25km hike over the active volcano of Mt Tongariro.  Within the national park also resides the North Island's highest peak - Mt Ruapehu - and it is here where hundreds now flock to ride the slopes of this beautiful mountain. 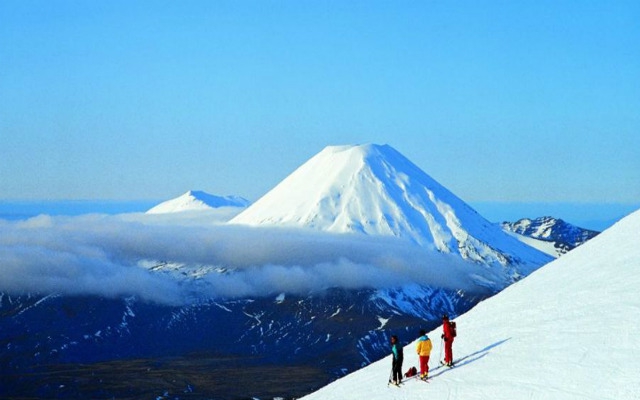 Skiing became popular on the mountain during the sixties and has since become the largest ski field on the North Island. However, this mountain is unlike many others found around the world.  This mountain, where two ski areas are perilously perched,  just happens to be one of the world's most active volcanos.  With a major eruption as recent as 2007, as well as warnings nearly every single year, this skiing area requires a serious sense of adventure and touch of nerve.

As skiing on the mountain has become more popular, the facilities and access to the great slopes have improved with sealed roads and many lifts servicing the two ski fields; Whakapapa and Turoa.  World class facilities providing equipment hire and cafes can also be found upon Ruapehu.  The mountain offers a unique skiing experience by providing the opportunity to ski upon an active volcano and also a duel World Heritage Area. A trip to either of the ski fields on Mt Ruapehu is sure to leave a lasting impression. 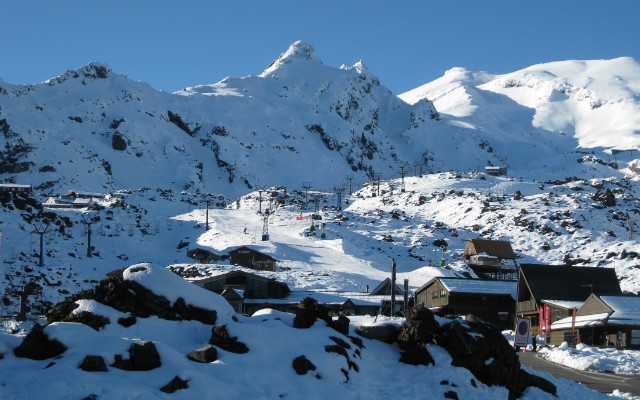 Hidden within the slopes of the northwest section of the volcano lies the Whakapapa ski field; a fantastic place to ski whether you are starting out fresh or are a seasoned professional. Whakapapa's Happy Valley is New Zealand's premier beginners area and is the perfect place to start skiing for the first time.

The complex, complete with hire centre and cafe includes a long and gentle slope which is ideal for getting to grips with your new winter sport. Once the basics have been mastered, the opportunity to test your newly developed skills can be found upon one of the intermediate runs in Whakapapa.  The volcanic terrain on the slopes offers a fantastic variety of trails which give the opportunity to try bumps, chutes and even a few drops if you're feeling daring.

For professionals and daredevils alike, a trip to Whakapapa would not be complete without a visit to the advanced slopes.  24 adrenaline-fuelled black and black diamond grade runs await those looking to step outside the box.  One of 11 ski lifts on Whakapapa accesses the Black Magic backcountry area, offering a great chance for even the most extreme of riders to test their limits. 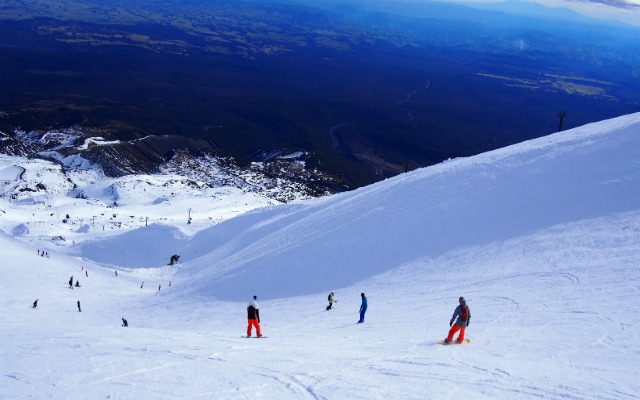 On the southwest slopes of Mt Ruapehu is the large ski field of Turoa. Similar to Whakapapa, Turoa has a brilliant purpose built Alpine Meadow for beginners which flows through to the picturesque Mangaehuehu Glacier.

The volcanic nature of the mountain has created a pure natural playground for skiers and boarders alike.  Mother Nature has produced relentlessly smooth slopes, daring black runs and even a superb natural half pipe known as the Organ Pipes.  The 12 groomed intermediate runs are long, wide and smooth, plus there' also a small number of bowls and chutes to keep you on your toes.  Turoa proudly boasts the longest vertical decent in Australasia - at 722m - with its longest run stretching to four kilometres, making it a perfect place to put some time in on the slopes.

With the natural elements the volcano creates, the black runs on the southwest slopes provide the perfect playground for skiiers and boarders looking for something extra. Long sweeping runs are found on each side of the mountain, and, with the added benefit of it being remote there are less crowds to halt proceedings on the decent.  The east side of the Mangaehuehu Glacier offers a few secret out of bounds routes for the very experienced skier.  Checking with the Ski Patrol beforehand is thoroughly recommended as it can be very icy. Those who do take the challenge, however, are rewarded with stunning views and untouched remote runs.

Once all runs have been exhausted and the sun has set upon the volcano of Mt Ruapehu giving a well-earned rest to the Whakapapa and Turoa ski fields until morning, the crowds flood to Ohakune, the favorite post ski town in the area.  Here, there's an abundance of bars and restaurants, perfect for carrying on adrenaline-fuelled activity until the wee hours of the morning or for relaxing after another fantastic day of skiing, upon one of the most active volcanos on Earth. 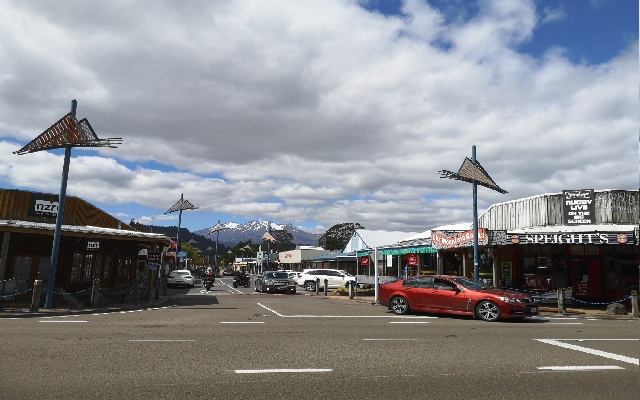