Search for a company in Rotorua
Advertisment 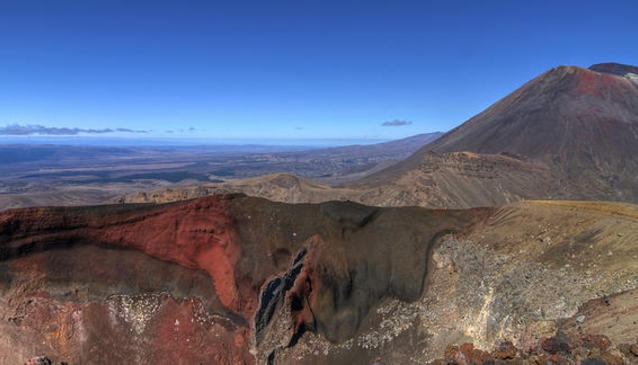 Tongariro National Park really is a haven for nature lovers, whether you're a keen birdwatcher, a lover of spectacular sunrises and sunsets.

Amazing natural wonders await in this volcanic paradise in the centre of the North Island, with ski fields, waterfalls and some of the country's best tramping trails. Lake Taupo is on the doorstep.

Located at the very heart of the North Island, Tongariro National Park was New Zealand's first national park, and only the fourth to be established in the world. Interestingly, it also features on UNESCO's list of mixed natural and cultural World Heritage Sites, because of its deep spiritual importance to the Maori.

The park lies around 330km due south of Auckland , and is easily accessible from SH-1, a popular stop off for those on their way down to Wellington. Although not officially part of the park itself, the resort of Lake Taupo can be found at the northwestern edge, and inside the borders, the volcanic peaks of Mount Ruapehu, Mount Ngauruhoe and Mount Tongariro provide the main geological focal points.

The stunning natural beauty of Tongariro National Park is heightened by the fact that, within this vast 750 square kilometre area, there are only a couple of villages inside the actual borders, both servicing the skiing areas on Mount Ruahepu. Whakapapa, which sits on the northern side of the volcano, has ski fields to suit all levels, and beginners are particularly well catered for, with the fabulous Happy Valley, separate from the main ski runs, and dedicated to nurturing novice talent. Whakapapa is also where you'll find the famous Chateau Tongariro, a large hotel with cafes, bars, restaurants, a 9-hole golf course, and many natural activities such as fishing, rock climbing and mountain biking.

On the southwestern side of Mount Ruahepu, is the village of Ohakune, which services the Turoa ski field, but there are also plenty of other reasons to come here, including the annual Big Mountain Short Film Festival, the great bush walking, and the fact that Ohakune is home to the world's biggest model carrot, which sits on the main road at the entrance to the village. A must-see!

One of the country's best day-tramps is here, Tongariro Alpine Crossing, which manages to pack in most of the varied terrain and landscape of the area and is a great 'compact' way to get a taste of everything the park has to offer. There are mountain huts dotted along the route, although novice trampers should perhaps attempt one of the simpler walks around Waitonga Falls or the nice and flat Ohakune Old Coach Road.

Other popular activities in the area include hunting, mountaineering, snowboarding and scenic flights over 'Lord of the Rings' country. Motel and cabin accommodation is easily found, especially in Raetihi, Turangi, and the town of National Park itself, plus there are numerous campsites and huts for those who want to really get inside the heart of the park and spend a few days exploring it properly. 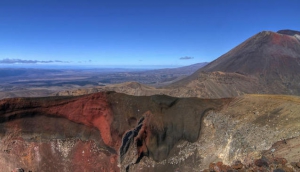 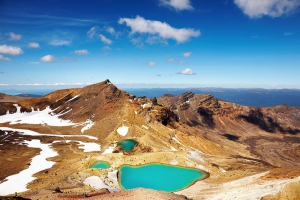 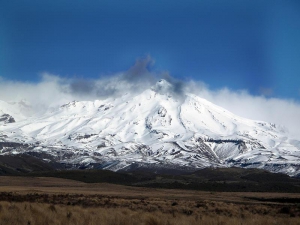 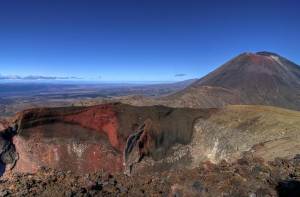